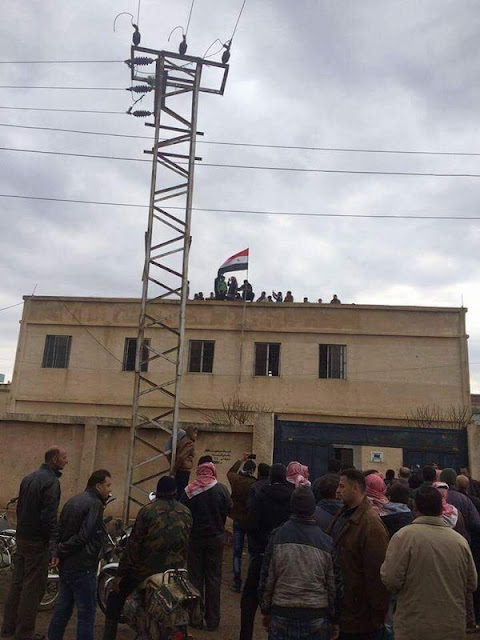 [This past weekend, the Syrian Arab Army’s 12th Brigade of the 5th Armored Division made an important reconciliation agreement with the civilians and rebels inside the strategic towns of ‘Ibta and Da’el that would allow them to utilize the imperative highway which leads to the provincial capital of the Dara’a Governorate. 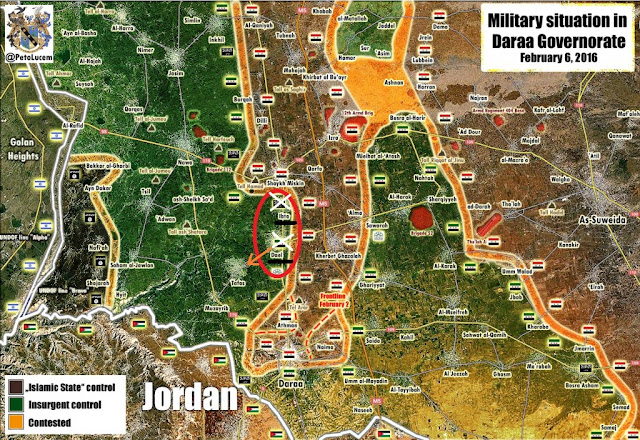 In exchange for the use of the Sinaymin-Dara’a Highway, the Syrian Government would make peace with the tribes, while also promising to rebuild the towns and civil institutions. Unfortunately, the Islamist rebels from the Syrian Al-Qaeda group “Jabhat Al-Nusra” and the Free Syrian Army (FSA) decided to intervene on the day this agreement was to implemented and arrested the civilians and tribal leaders seeking reconciliation with the Syrian Government and the Syrian Arab Army.

When civilians inside of ‘Ibta and Da’el attempted to raise the Syrian Arab Republic flag over the aforementioned towns, they were arrested by the Islamist rebels. These are the same rebels that have failed to maintain control over the city of Sheikh Miskeen and the small village of Al-Naymah. As a result of their actions on Monday, the Islamist rebels have provoked  military intervention by the Syrian Arab Army and the National Defense Forces (NDF), who surrounded  both towns  along the Sinaymin-Dara’a Highway. Instead of allowing aid to the civilians in these Dara’wi towns, the Islamist rebels have made it clear they prefer bloodshed over the prospect of peace.]