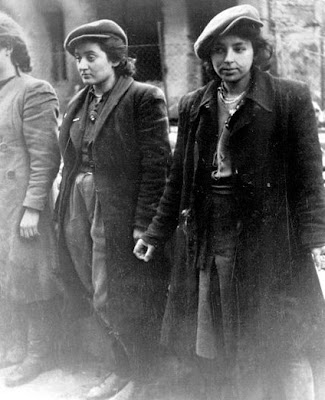 "It's raining enemy missiles, the screams of Gaza ring in my ears”Basma Awad al-Nabari, a 16 year-old Palestinian girl from the Beduin village of Hura in the Naqab, was shot and killed by “Israel Defence Forces” soldiers at the entrance to the Border Guard base at Shoket.If the Border Guards’ story is to be believed, Basma was motivated by solidarity with her brothers and sisters in Gaza, and sought to avenge their martyrdom. This was reflected in her notebook entries, and in the fact that she took a pistol and fired shots at the IDF soldiers.“The girl, Basma Awad al-Nabari, was shot and killed by Israel Defense Forces troops on Saturday, after trying to shoot at officers at a Border Police barrack at Shoket Junction.
”http://www.haaretz.com/hasen/spages/1076510.htmlhttp://www.ynetnews.com/articles/0,7340,L-3697696,00.html http://www.haaretz.co.il/hasite/spages/1076546.html“On Saturday, a 16 year old Beduin girl approached a base of the Border Police, pulled out a pistol and aimed it at the guard. The result was predictable. There were no injuries to the police.” http://cgis.jpost.com/Blogs/Sharkansky/entry/freedom_rights_and_random_acts
The IDF Chief of Staff, responding to soldiers’ revelations about IDF atrocities and war-crimes committed in Gaza, dismissed his own soldiers’ testimony as lies.So, if the Border Guard soldiers are not believed, then the Palestinian girl Basma al-Nabari was murdered in cold blood by the IDF soldiers, as her relatives claim.IDF Chief of Staff: My soldiers are liars
http://www.haaretz.com/hasen/spages/1076556.htmlhttp://www.ynetnews.com/articles/0,7340,L-3697747,00.html
http://www.jpost.com/servlet/Satellite?cid=1238562915224&pagename=JPost%2FJPArticle%2FShowFull
According to her family, Basma was shot and killed in cold blood
http://www.jpost.com/servlet/Satellite?cid=1238562916901&pagename=JPost%2FJPArticle%2FShowFull
The town of Hura is one of the new Israeli-government sponsored “Potemkin villages” in the Naqab, designed to concentrate and control the Naqab Palestinians without giving them equal rights
http://www.palestineremembered.com/GeoPoints/Hura_3512/http://www.gal-soc.org/en/?x=Naqab&s=Goals
The Israeli regime of settler-colonialism, ethnic cleansing and apartheid drives the best and the brightest to desperate acts of resistance. Basma al-Nabari should be remembered as a victim of the Zionist murder machine and as a heroine of the Palestine revolution. All fighters for peace and justice should learn and teach the lessons of her life and her death.As we remember Basma al-Nabari, we must remember that the racist regime will not be defeated by the acts of isolated heroic individuals armed with pistols. It will be defeated when the oppressed of the country rise up to overthrow their oppressors. This will require organization and political consciousness and leadership. None of that is forthcoming from either the Fatah collaborators or the Islamist reactionaries.Those whose loyalty is to the workers and the farmers and the refugees, and all who protest the injustice of the oppressive militarist regime, must take responsibility to organize the fight-back in an efficient manner. Organization, political consciousness, and mass action are the key elements of the way forward. The antidote to Zionist oppression is democratic revolution. Democratic revolution must be the goal of any movement for peace and justice in Palestine.In Australia, the supporters of Israeli oppression did their best to silence Israeli peace activist Jeff Halper, to no avail. In Canada, the supporters of Israeli oppression tried to silence Palestine solidarity activist and British MP George Galloway, to no avail. In all countries the organized battle for hearts and minds, to isolate the oppressor-Zionist regime, and to overthrow its supporters -- is the challenge at hand.
στις Τετάρτη, Απριλίου 08, 2009