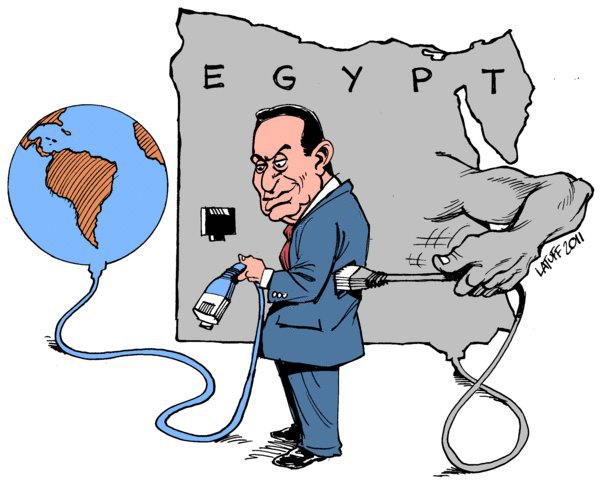 For information contact please ..  0777 7770 or   0777 7000. or email
25egyptian@gmail.com    http://www.facebook.com/25Egypt
Twitter And Facebook Are blocked Again !!
I can’t open twitter directly nor the Facebook again from TE Data network , other internet users are reporting the same using different ISP.
Blackberry users are reporting as well that the Blackberry Messenger “BBM” is currently blocked in Egypt according to security reasons.
Update :
News that twitter and Facebook are back "highly doubtful as I can't get access to them directly.
http://egyptianchronicles.blogspot.com 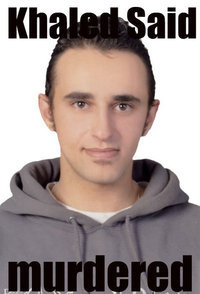 Meanwhile, a lawyer for the opposition Muslim Brotherhood said that 20 members of the officially banned group had been detained overnight. Abdel-Moniem Abdel-Maksoud said two of the most senior members detained were Essam El-Erian, Brotherhood's main spokesman, and Mohammed Moursi, a prominent Brotherhood leader.


Internet access was shut down across the country - at one point completely. Mobile phone text messaging services also appeared to be partially disabled, working only sporadically. The government has denied disrupting communications networks. Internet and text messaging services flickered on and off through the night. US-based Internet monitoring firm Renesys said Egypt's web access was totally shut down early on Friday, an event it called "unprecedented in internet history".

"Renesys observed the virtually simultaneous withdrawal of all routes to Egyptian networks in the internet's global routing table," it said. "The Egyptian government's actions tonight have essentially wiped their country from the global map."

A page on Facebook listed more than 30 mosques and churches where protesters were expected to gather.

"Egypt's Muslims and Christians will go out to fight against corruption, unemployment and oppression and absence of freedom," the page said, adding more than 70,000 had signed up online.